The Spring of Our Discontent

Man Does Not Live by Bread Alone

Between the government and the news media and this virus, I feel like we are being psychologically tortured.  We are told that we must stay at home to just to protect ourselves but to protect the vulnerable around us.  We are told to flatten the curve so that we don’t overwhelm the medical system but then every death is announced like it should have been prevented and the media is throwing blame.  The truth is, this virus is going to hit every home in the country eventually.  That is how we get herd immunity.   (Unless we get a good vaccine soon and no one publishes bogus statistics to scare people away from it. (Yes, that happens all the time))

So if everyone in the country is going to be exposed at some time and it is going to get into each home, then how will people react when it does?  I don’t mean the sick, I mean the one who has to go to the grocery store so they unknowingly bring it home to their family?  How much guilt are we going to feel if we have been told that it is on us to prevent it? It has been insinuated this entire time that we can prevent our loved ones from getting sick.  But we really can’t. We are just trying to make sure that everyone doesn’t get sick at once and overwhelm the system like in Italy.

That being said, we do need to reopen the economy. Suicides are increasing.  This is a stressful time for those of us who are essential workers and do get to get our same paycheck.  For people who have lost their jobs and are competing with 22 Million other people, it is devastating.  We are all going to be touched not just by the virus, but by the economic damage related to this.   I work for a state agency. There are already hiring freezes and will be salary freezes and even salary cuts possible.

We can reopen the economy in waves so we don’t get too much of a higher spike in cases and hospitalizations.   It has not peaked in my area yet and only a handful of people at the grocery store were wearing masks yesterday so there will be another or a higher peak.  BUT, our hospital system has an amazing plan to handle things and is not even close to running at capacity so we can handle it.

However, I digress. So when we get the virus and when our loved ones get the virus, the guilt inflicted by the belief that we could have stopped it is going to be terribly hurtful to many people.   Healthcare workers are Rock stars and have always been. We develop means of compartmentalization so we can handle the deaths that we are conditioned for. When there is an increase in volume of deaths though, we need more time to mentally cope and that we are not getting right now.   The harder thing is the isolation and seeing sick and vulnerable people isolated from their families when they need their support the most and having to give a piece of yourself to be that support. That is draining.  It is hard to keep that emotional distance when you have to do that.

At home, I need to get out of the house.  My mental status needs that but our local national parks are not yet open. Then I feel guilty and scared about leaving and coming in contact with anything.  You feel like you are cotaking your own life and the lives of your family in your hands just running out for take-out.  It is stressful.  Even as an introvert, I need to be around people.  I need conversational stimulation.  God noticed that Adam needed a companion so he made woman.  We are built to need each other and this is showing us how true that really is.

I was taught by a wise pastor that people need 3 things to remain content; 1 Purpose; something that gets you out of bed in the morning. 2 Someone to love. 3 Something to look forward to.  Many of us are missing one or two of these things and that is leading to our “spring of discontent” as it were.

So what do we do about it?  When the locks downs are lifted, we will, as a people, find ways to care for each other again.  I have had occasional opportunity to volunteer to serve a food banks and that had breathed purpose and something to look forward to into my days.  If you are having difficulty with anxiety or depression or a feeling of being discontent,  try establishing a purpose, finding someone to care for and figure out something to look forward to.  Volunteer somewhere. Plan a vacation. Plan a party.  After 9/11, I read in a book that the whole country exhibited symptoms of post-traumatic stress disorder.  We were anxious. We were hyper vigilant (overly reactive about things).  We were a little paranoid.  However, after 9/11, we were also angry, resolved and united against a common enemy.   Since the government and media and downplaying China’s role in this (and I know there is some controversy so I will not talk about the theories and what they did or did not do that made this worse) we don’t really have a common enemy, except maybe the virus.  I get that we don’t want to have ignorant people start giving Chinese Americans a hard time because we are upset with China, but we need the truth.  I am a big believer that knowledge is power.  I think the government and media go with the “ignorance is bliss” philosophy instead.  The varying information that we get, though, creates confusion and confusion creates fear and anxiety.   People blame social media for misinformation, but when the leaders in their new conferences tell us we can’t open business that don’t get more than 5 people at time in their stores but Walmart is open for essentials, it is confusing. Don’t go out, but go out if you really need to. Wear a mask but we can’t make people wear a mask.  These conflicting messages are making people angry and rebellious.  THAT is why you see so many people out at large stores without masks and not 6 feet apart.  When we are given too much conflicting information, we have a tendency to say “screw it, I’ll take my chances”.  But then the fear of guilt for getting other people sick kicks in and I put on my mask.

I realize our leaders are doing the best they can in an unprecedented time.  Everyone is talking about the pandemics effect on the sick and the economy.  Not many are talking about its impact on the psychology of the rest of the country, though.  We are a hardy and resilient people, but this will take a toll on all of us.

“The truth is, this virus is going to hit every home in the country eventually.”

“You are not protecting yourself or your family from being exposed to Coronavirus.  You are trying to make sure that when they are exposed, the healthcare system can treat them as well as possible.”

3 Something to look forward to; a trip, visiting with coworkers 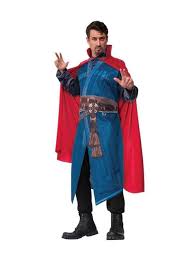 “We are a hardy and resilient people, but this will take a toll on all of us. “